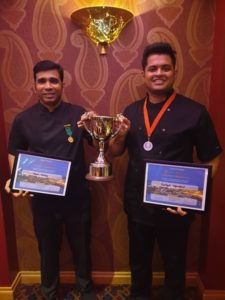 In a new competition to honour Gerard Molloy the American Judge ( with Donegal Roots) who sadly passed away very unexpectedly in January 2019, his family wanted a trophy to be presented to The Best Newcomer in honour of Gerard, so we are thrilled that our Chef (Rana’s nephew) Farhad Murshed won the Gerard. M. Molloy Memorial Award.

In the “A Passion to Inspire Competition”   our Chef Shah Sultan got presented with a Gold Medal, to achieve this you have to score between 90 and 100 with the Judges. Farhad got a Silver Medal in this competition too, his first time to enter.

In the 10 years Chandpur has entered, we have now won 2 Silver and 9 Gold Medals, an Overall Runner Up and an Overall Champion, Rana winning the Top Awards.

We have also won for the 1st time the Gerard. M. Molloy Memorial Trophy which is such an honour for us, as Gerard loved eating in Chandpur.

No other restaurant or Hotel in Donegal has entered the competition every year for 10 years like we have,  it is very stressful, but we feel very important to for our wonderful Chefs to showcase their abilities and as this is our local competition it is very special to us. 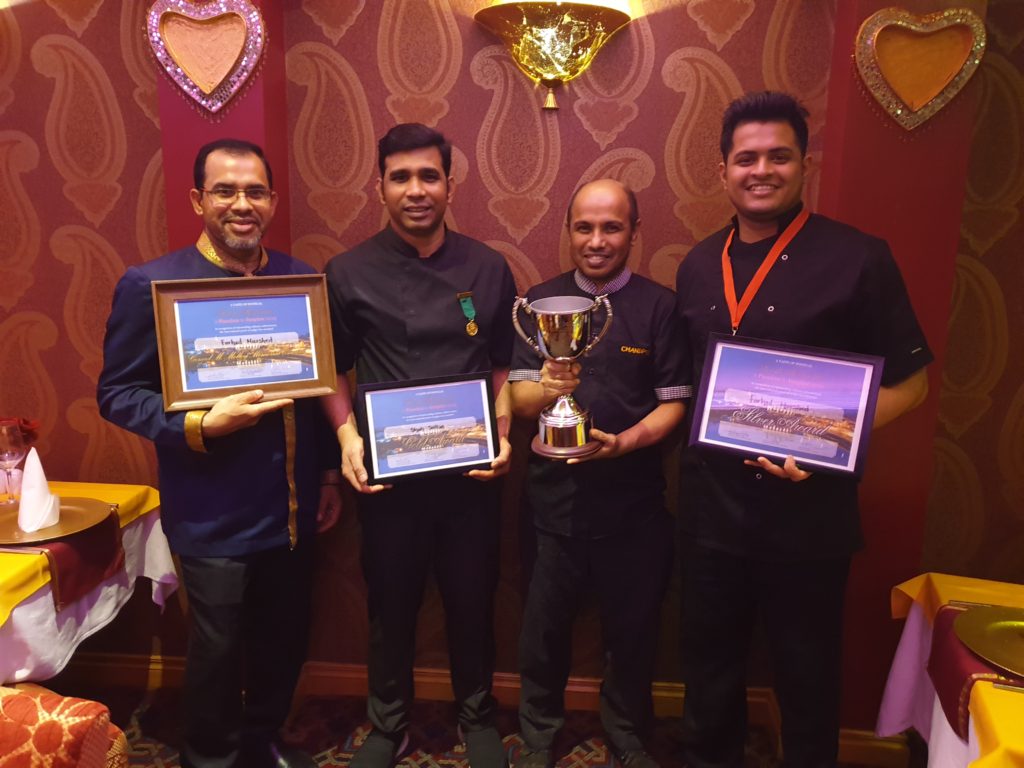 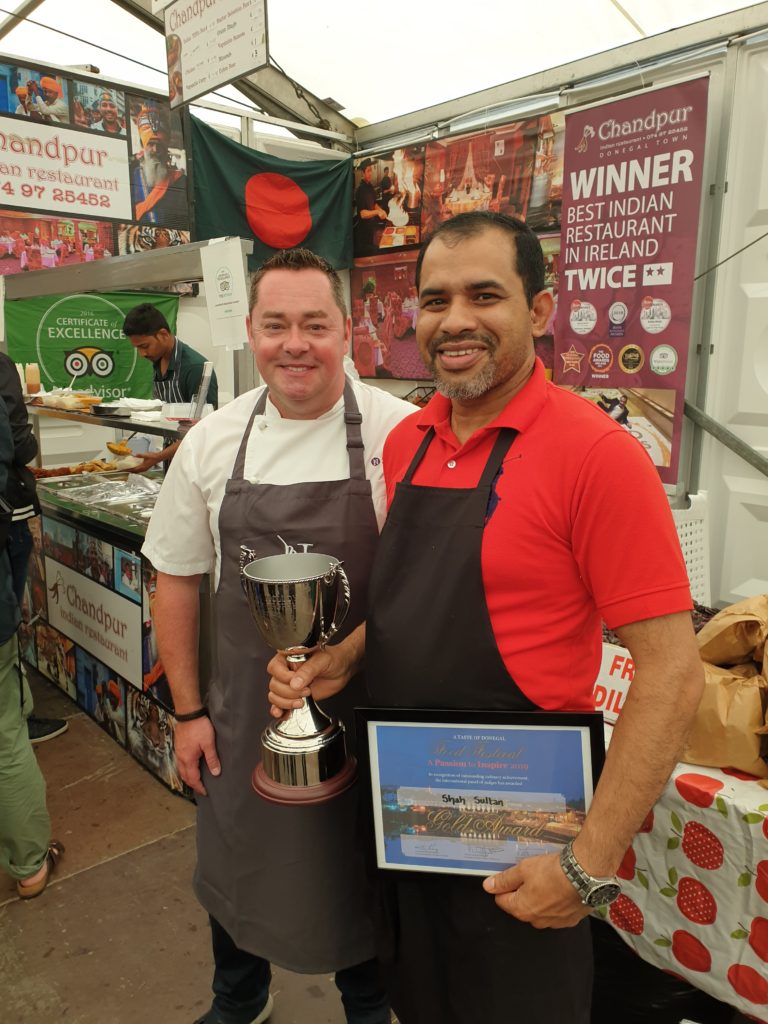